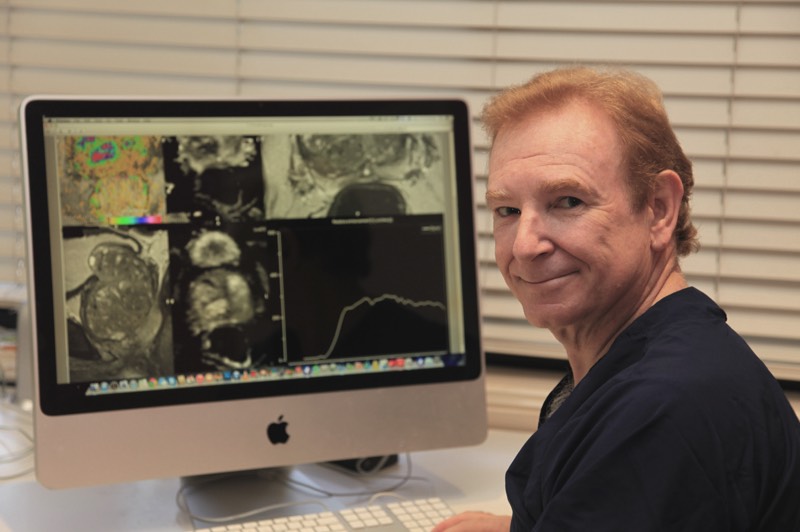 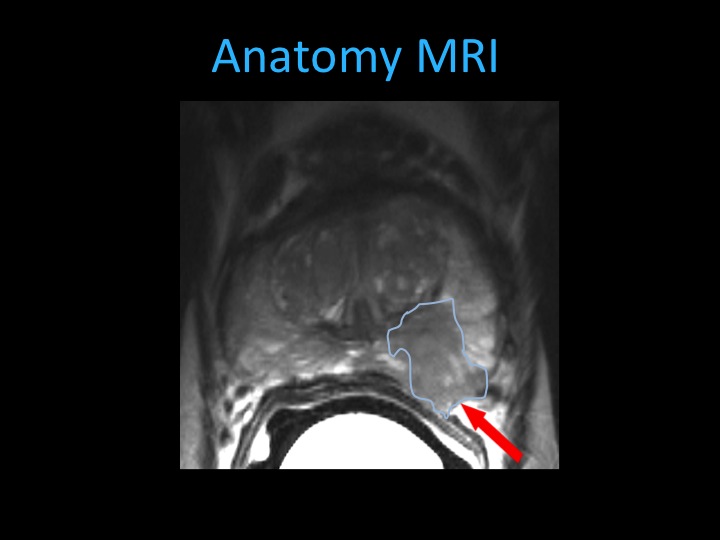 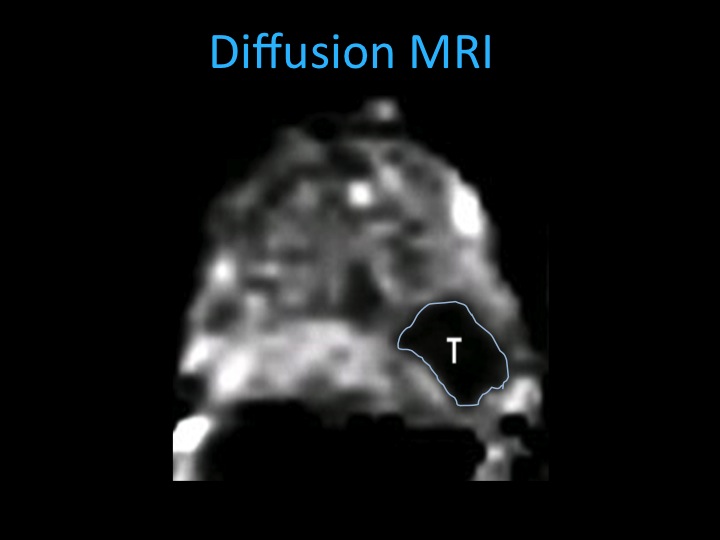 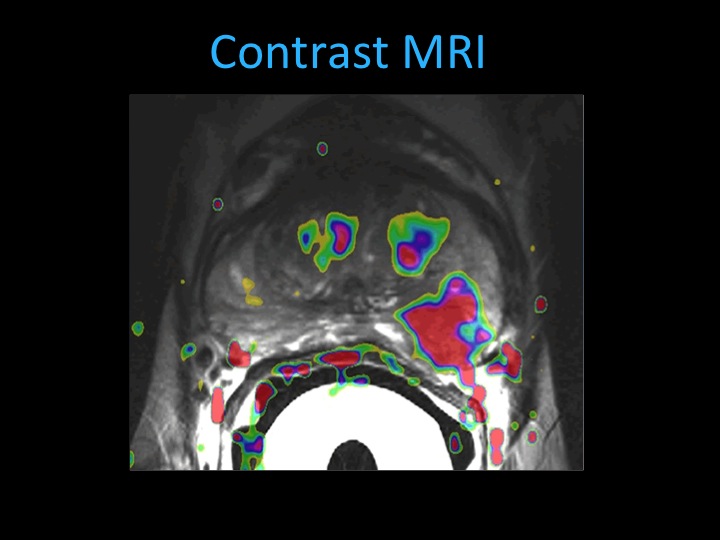 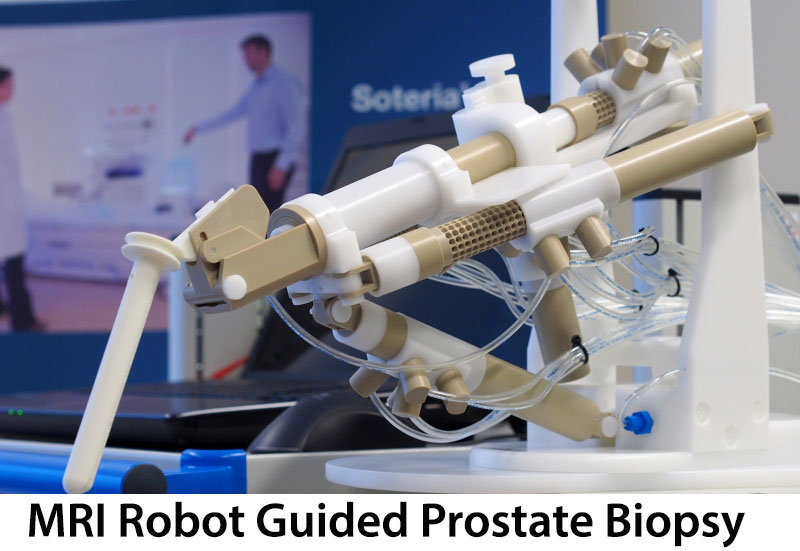 An MRI examination requires a patient to lie flat on the back for 20-30 minutes. The patient will receive an intravenous injection of a contrast material which shows up the prostate.

An MRI scan uses a strong magnetic field and radio waves (not X-rays) to create pictures of tissues, organs and other structures inside the body on a computer. The MRI scanner is like a tube about 1.5 metres long which is surrounded by a large circular magnet. The patient lies on a couch which then slides into the scanner. The part of the body being examined is positioned in the middle of the tube (to obtain the best images) and while each ‘picture’ is being taken the patient needs to keep still, otherwise the scan images may be blurred. The examination is carried out by a radiographer. During the scan the radiographer can see the patient via a television screen and the patient  will be given a ‘rubber ball’ to hold which when squeezed allows speaking  with the radiographer who sits at a concole viewing the patient through a window.

MRI has been shown to be extremely safe as long as proper safety precautions are taken. In general, the MRI procedure produces no pain and causes no known short-term or long-term tissue damage of any kind.

Metal objects in or outside the body are attracted to the strong magnet in the scanner. Therefore, the patient may not enter the MRI examination room with for example, a wheelchair, keys or coins. Credit/bank cards with a magnetic chip, hearing aids, mobile phones and watches are damaged when close to the strong magnet in the scanner (the magnet is always switched on!). Should the patient (or companion) have a pacemaker/defibrillator (ICD), a neuro-stimulator in the spine, aneurysm clips, dentures/teeth with implanted magnetic fastenings, a bladder stimulator or a permanent insulin pump, then that person may not enter the MRI examination room. This also applies to foreign metal objects, such as metal splinters (especially in or near the eyes), shrapnel or bullet wounds and older types of heart valves, aneurysm clips or certain cochlear (ear) implants.  It is  requested that the patient completes the attached ‘checklist’ and brings it to the appointment. If any questions have been answered with a ‘yes’, it is requested that the contact the Radiology Department before the appointment.

With the advent of multi-parametric Magnetic Resonance Imaging (mpMRI) the ability to find prostate cancer early is significantly increased. The likelihood is that with early diagnosis there is a greater chance that the man will not suffer from prostate cancer.

The “Multi-Parameters” are as follows

The multi parametric MRI scanner has the ability to define the anatomy of the prostate and therefore show the distortion of the normal tissues as shown in the first image (picture 1) this is called aT2 Scan.

Diffusion Weighted Imaging or DWI is a method of measuring the movement of protons which are particles smaller than atoms as they move through water in the body. In cases of cancer there can be different patterns of movement which can be shown in (picture 2). The cancer appears like a “black hole”.

Dynamic Contrast Enhancement (DCE) is a method of showing the properties associated with the transfer of fluid between the blood vessels and the tissues themselves. This is affected by the blood flow and the “leakiness” of the blood vessels. Cancer can have characteristic changes which are different from normal tissue and can be shown in a 3D colour image as shown in (picture 3).