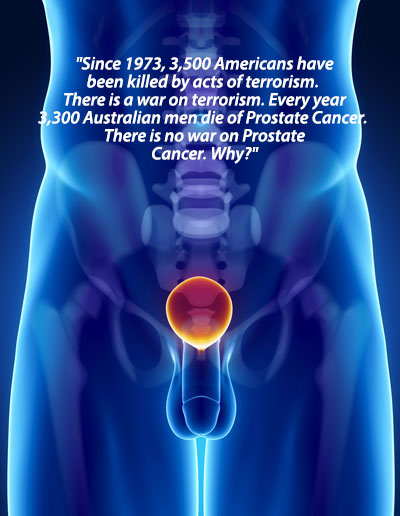 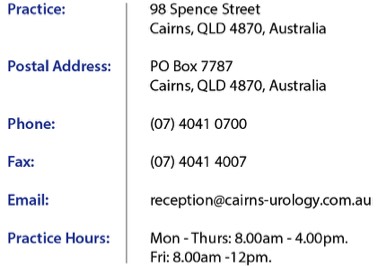 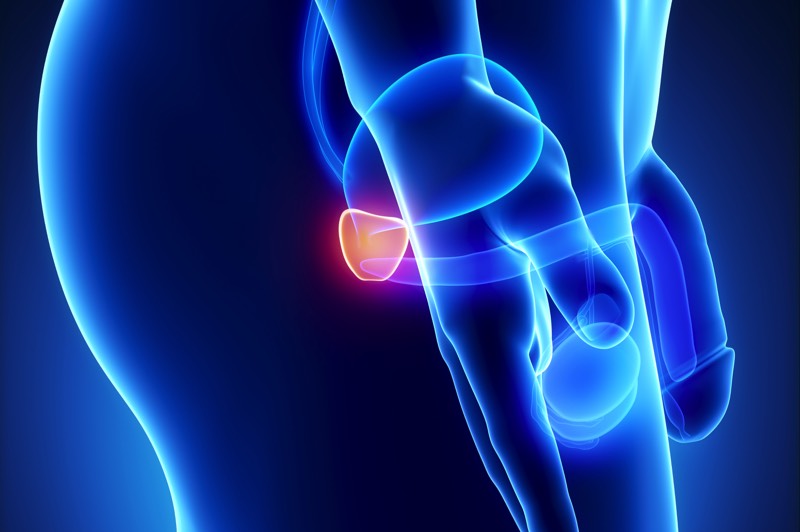 Prostate cancer is the most common tumour found in men.

As men get older they have an increased chance of developing a prostate cancer but generally speaking they have a reduced chance of dying from it. It is usually one of the slowest growing tumours.

Many men with prostate cancer may live for many years with little or no trouble. The prostate gland is a small gland about the size of a walnut which surrounds the opening to the bladder, rather like a donut with a hole in the middle. It provides fluid for the sperm to be nourished and transported when ejaculation occurs.

Prostate Specific Antigen (PSA) is a blood test which measures the level of a substance in the blood stream which is only present in men. It is made in the prostate gland and leaks into the blood stream and is specific for prostate but not specific for prostate cancer. There are two main types of PSA which are usually used for clinical testing. The PSA which is free within the circulation and that which is bound to protein.
A number of studies have shown that the ratio of free to bound PSA may result in a greater sensitivity in the possibility of being able to estimate the likelihood of a prostate cancer in an individual patient. Generally speaking, if the ratio is less than 10-15% the likelihood of a prostate cancer is increased.

A Digital Rectal Examination (DRE) is carried out by the Doctor.

For this examination the Doctor inserts a gloved finger into the patient's back passage in order to feel the prostate gland. Changes in size and consistency of the gland may indicate a suspicion of prostate cancer.

If either the PSA or DRE is abnormal, the Doctor may suggest a multi-parametric Magnetic Resonance Imaging (mpMRI) study. A small injection of contrast material is injected into a vein. This is carried out at Radiology and requires the man to lie still flat on his back for approximately 30 minutes. If this shows an area of suspicion then either an MRI guided biopsy or Trans Rectal Ultrasound and Biopsy should be carried out (TRUS and Biopsy).


A biopsy from the prostate is a small piece of tissue which is taken with a special needle. This is carried out without the need for an anaesthetic.
Information is available in detail if this procedure is required. This examination is carried out by placing the probe in the back passage in a similar fashion to DRE.
The prostate is "imaged" looking for the abnormal area. The biopsy needle can be directed towards that. Most patients say that the biopsy feels like being "flicked by a rubber band". The specimens taken are sent to the Pathologist for preparation and examination under the microscope. The only way any cancer can be diagnosed correctly is by the visualisation in the pathology specimen. The pathologist will "grade" the cancer and give it a Gleason Score which is a number from 6 to 10 which rates the "degree of nastiness".

If a prostate cancer is diagnosed, then further scans will be necessary to see if the cancer is just in the prostate or gone to any other parts of the body. This is called staging.After staging a discussion will be carried out with the patient as to what would be recommended for that particular individual.

If the biopsy shows no prostate cancer it will be necessary to continue to monitor the patient who has either an abnormal PSA or DRE as some of these men will develop a cancer and it is important to detect it as soon as possible.